"The Down Under Sax Star"
The Wall St Journal

"Adrian Cunningham’s clarinet playing saved the day for me."
The Star, Johannesburg

In a career spanning two decades and counting, the "down under sax star" (Wall St Journal) has performed alongside luminaries such as Jon Batiste, Chris Potter and Wynton Marsalis, and has appeared as soloist in some of the world's great stages including New York's Carnegie Hall, Blue Note (New York and Toyko), Stravinsky Auditorium (Montreux Jazz Festival) and the Sydney Opera House.

Adrian is the recipient of the Hot House Saxophone Award (NYC), and his band Professor Cunningham and His Old School, is the winner of international band competition World Jam, (Madrid) and Best Band award at Harlem Festival (Vilnius, Lithuania).

Adrian's discography as a leader are too numerous to be listed, however his most acclaimed recordings within the last decade include Jazz Speak (w/Jeff Hamilton, John Clayton, Ted Rosenthal) and Play Lerner and Loewe (w/Fred Hersh trio, Randy Brecker), both of which broke the top 20 in the national jazz charts.

From 2014-2017, Adrian was the leader of the saxophone section of the grammy-winning Vince Giordano and the Nighthawks, a NYC based 1920's swing orchestra; responsible for the soundtracks for Boardwalk Empire and movies including the Aviator.

As a player on countless recordings, Adrian has recorded/performed with: 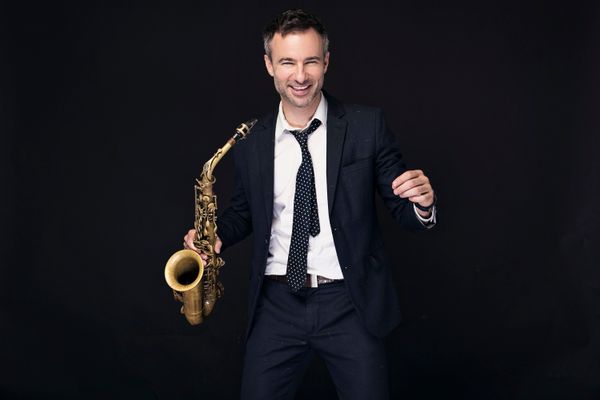